On the way to Jerusalem he was passing along between Samaria and Galilee. And as he entered a village, he was met by ten lepers, who stood at a distance and lifted up their voices and said, "Jesus, Master, have mercy on us." When he saw them he said to them, "Go and show yourselves to the priests." And as they went they were cleansed. Then one of them, when he saw that he was healed, turned back, praising God with a loud voice; and he fell on his face at Jesus' feet, giving him thanks. Now he was a Samaritan. Then said Jesus, "Were not ten cleansed? Where are the nine? Was no one found to return and give praise to God except this foreigner?" And he said to him, "Rise and go your way; your faith has made you well."

"A friend is someone who understands your past, believes in your future, and accepts you just the way you are."

"The call for a sincere gift of self is the fullest way to realize our personal freedom."

Quotes about the Virtue Fortitude

"I must keep alive in myself the desire for my true country, which I shall not find till after death; I must never let it get snowed under or turned aside; I must make it the main object of life to press on to that other country and to help others to do the same. "

And he said unto them, This kind can come forth by nothing, but by prayer and fasting. --Mark 9:29

Prayer combined with fasting is quite powerful.  The first Christians and Jews of Jesus' time fasted on bread and water every Wednesday and Friday.

Now, therefore says the Lord, “Be converted to me with all your heart, in fasting, and in weeping, and in mourning.”—Joel 2:12

And as they were ministering to the Lord, and fasting, the Holy Ghost said to them, separate me Saul and Barnabas for the work whereunto I have taken them. Then, they, fasting and praying, and imposing their hands upon them, sent them away. —Acts 13:2-3

And when they had ordained to them priests in every church, and had prayed with fasting, they commended them to the Lord, in whom they believed.—Acts 14:22

Furthermore, it exhorts that they fast at least every Friday in memory of the passion of the Lord and give alms to the poor.—instruction give to participants of the Council of Trent, Sessions 1-5 (2) 1.2

Jesus himself has shown us by his own example that prayer and fasting are the first and most effective weapons against the forces of evil. (Mt 4:1-11). As he taught his disciples, some demons cannot be driven out except in this way (Mt 17:20) (Mk:9:29) Let is therefore discover anew the humility and the courage to pray and fast so that the power from on high will break down the walls of lies and deceit: the walls that conceal from the sight of so many of our brothers and sisters the evil of practices and laws which are hostile to life.

“To mortify one passion, no matter how small, is a greater help in the spiritual life than many abstinences, fasts, and disciplines.” --St. Philip Neri

Faith & Reason Quotes--They seem a contradiction in terms but are not.

Faith and reason are like two wings on which the human spirit rises to the contemplation of truth; and God has placed in the human heart a desire to know the truth—in a word, to know himself—so that, by knowing and loving God, men and women may also come to the fullness of truth about themselves."

"Socialism is the religion people get when they lose their religion."

"Faith is not a contract. Faith is surrender. If no other relationship in our experience is one of self-surrender, if it’s all contractual, people won’t know how to believe."

"I believe though I do not comprehend, and I hold by faith what I cannot grasp with the mind."

"Faith means the fundamental response to the love that has offered itself up for me. It thus becomes clear that faith is ordered primarily to the inconceivability of God's love, which surpasses us and anticipates us. Love alone is credible; nothing else can be believed, and nothing else ought to be believed. This is the achievement, the work‚ of faith: to recognize this absolute prius, which nothing else can surpass; to believe that there is such a thing as love, absolute love, and that there is nothing higher or greater than it."

"Reason's last step is the recognition that there are an infinite number of things which are beyond it."

"Faith is the art of holding on to things your reason has once accepted, in spite of your changing moods."

"That the universe was formed by a fortuitous concourse of atoms, I will no more believe than that the accidental jumbling of the alphabet would fall into a most ingenious treatise of philosophy."

"Truth is not determined by a majority vote."

Why does it all have to be so difficult?  It drives me crazy.  All you can do is

just accept the way it is or go crazy.

I read these great thoughts of the saints and think, really?  I am supposed

to really accept that this is how God wants it?  Suffer to gain happiness?

What sort of weird thinking is that?  The only answer is He did it so go

As long as God's promises are true, then the greatest frustration is the

devil's.  Everything he does is used for good in the end.  The greatest of all

his plans, all His cruel demented twisted crap ends up in a greater good.

All things work for God.  All of this mental and physical suffering is our

pathway.  The devil mucks it up and the muck becomes pavement

for us to get even closer to God.  Then every suffering endured patiently is

Job:  Life on earth is warfare.

The problem is accepting, truly accepting, like these saints did.  Can I do

this?  This seems like nonsense sometimes, but insanity is the

alternative.  So God's reason must be true.  God's rational mind must

trump my irrational one.  As long as I cannot accept these statements

below, I am irrational.

“One cannot desire freedom from the Cross when one is especially chosen for the cross.”

--Saint Teresa Benedicta of the Cross (Edith Stein), who suffered the Nazi holocaust

“Apart from the cross, there is no other ladder by which we may get to heaven.”

“Let us fear more to be deprived of sufferings than a miser fears to lose his treasures.”

--Saint Paul of the Cross

https://www.catholicnewsagency.com/news/248553/pope-francis-to-medjugorje-youth-festival-christ-frees-us-from-the-seduction-of-idols
at 8:29 PM No comments:

http://www.firstthings.com/blogs/firstthoughts/2016/02/martin-shkreli-and-the-crisis-of-corporate-conscience
at 7:28 PM No comments:

Our Lady of Grace, who is the Queen of Peace and Mother of Mercy 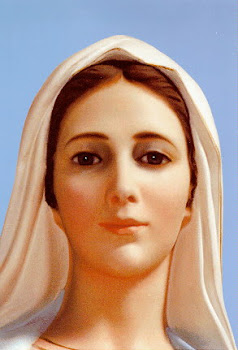 Most gracious advocate, turn your eyes of mercy towards us. 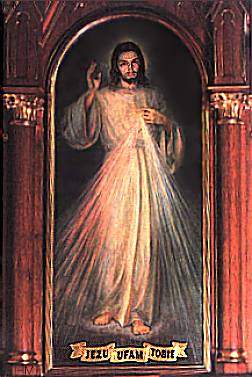 Jesus I trust in You